Orientate and plan your participation with us during Holy Week.

Please refer to our events page for a comprehensive events listing.

There’s lots going on at All Saints during Holy Week. We’ve created this pop-up page for you to check-out what we are doing, when and why. We hope you can join us.

Note: Covid-19 Screening and registration protocols are no longer required. We do however request that you keep masks on and social distance outside your family groups. Thank you for your cooperation.

The Significance of Holy (Passion) Week

See also: What is the passion of Christ? 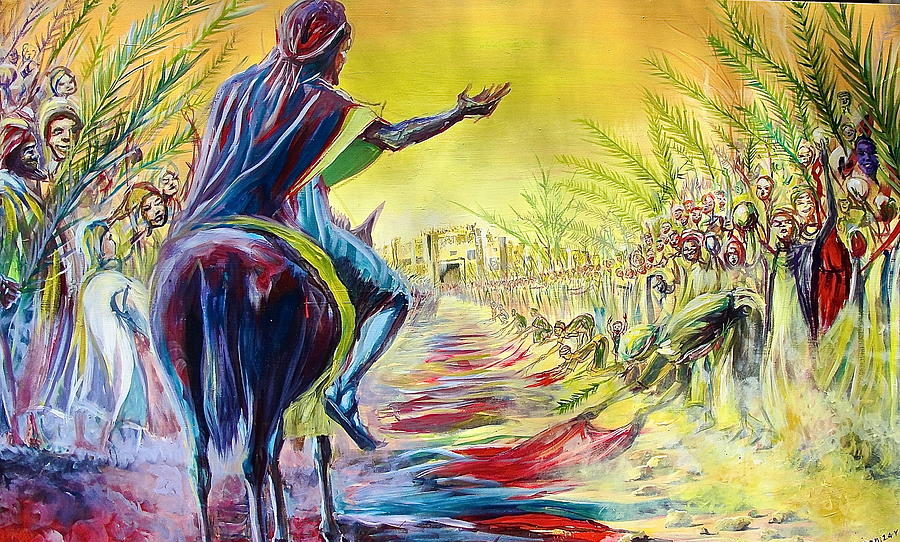 On the Sunday before his death and knowing that he would lay down his life for our sins, Jesus humbly made a triumphal entry into Jerusalem astride a young donkey and fulfilled an ancient prophecy in Zechariah 9:9

We don’t know exactly what and when many things happened during the early part of Holy Week however several events are referred to in scripture that likely took place during the lead up to the Triduum.

Lords Baptism - Moment of Pain Lifetime of Glory
Simon the Leper (Unknown Artist)
Casting out the money changers by Carl Bloch
Nikolai Nikolaevich Ge What is Truth, Christ and Pilate 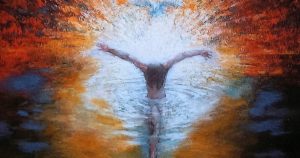 Almighty God, whose most dear Son went not up to joy but first he suffered pain, and entered not into glory before he was crucified: Mercifully grant that we, walking in the way of the cross, may find it none other than the way of life and peace; through Jesus Christ your Son our Lord who lives and reigns with you and the Holy Spirit, one God, for ever and ever. 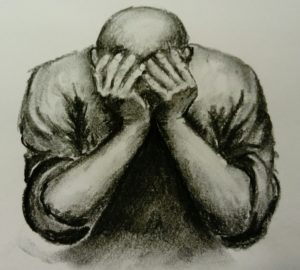 Lord our God, whose blessed Son our Saviour gave his back to be whipped and did not hide his face from shame and spitting: Give us grace to accept joyfully the sufferings of the present time, confident of the glory that shall be revealed; through Jesus Christ your Son our Lord who lives and reigns with you and the Holy Spirit, one God, for ever and ever 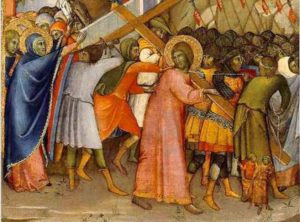 Assist us mercifully with your grace, Lord God of our salvation; that we may enter with joy upon the meditation of those mighty acts by which you have promised us life and immortality; through Jesus Christ our Lord who lives and reigns with you and the Holy Spirit, one God, for ever and ever. Amen.

Maundy Thursday – The Feast of Passover (The Last Supper)

During Thursday, Jesus sends Peter and John ahead to the Upper Room in Jerusalem to make the preparations for the Passover Feast. That evening after sunset, Jesus washed the feet of his disciples as they prepared to share in the Passover. By performing this humble act of service, Jesus demonstrated by example how believers should love one another.

Jesus shares the feast of Passover saying “I have been very eager to eat this Passover meal with you before my suffering begins. For I tell you now that I won’t eat this meal again until its meaning is fulfilled in the Kingdom of God.” (Luke 22:15-16)

As the Lamb of God, Jesus was about to fulfill the meaning of Passover by giving his body to be broken and his blood to be shed in sacrifice, freeing us from sin and death. During this Last Supper, Jesus established the Lord’s Supper, or Communion, instructing his followers to continually remember his sacrifice by sharing in the elements of bread and wine.

Later, Jesus and the disciples went to the Garden of Gethsemane, where Jesus prayed in agony to God the Father. Luke’s Gospel says that “his sweat became like great drops of blood falling down to the ground” (Luke 22:44).

Late that evening in Gethsemane, Jesus was betrayed with a kiss by Judas Iscariot and arrested by the Sanhedrin. He was taken to the home of Caiaphas, the High Priest, where the whole council had gathered to begin making their case against Jesus. 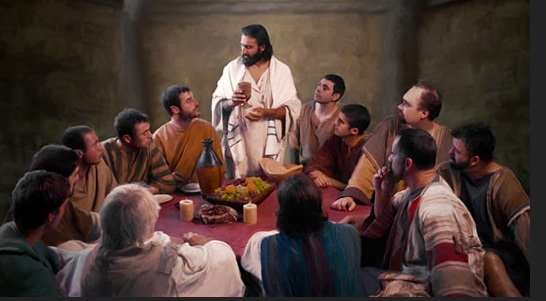 Good Friday is the most difficult day of Holy Week. Christ’s journey turned treacherous and acutely painful in these final hours leading to his death. According to Scripture, Judas Iscariot, the disciple who had betrayed Jesus, was overcome with remorse and hanged himself early Friday morning.

Meanwhile, before the third hour (9 a.m.), Jesus endured the shame of false accusations, condemnation, mockery, beatings, and abandonment. After multiple unlawful trials, he was sentenced to death by crucifixion, one of the most horrible and disgraceful methods of capital punishment known at the time. Before Christ was led away, soldiers spit on him, tormented and mocked him, and pierced him with a crown of thorns. Then Jesus carried his own cross to Calvary where, again, he was mocked and insulted as Roman soldiers nailed him to the wooden cross.

Then, about the ninth hour (3 p.m.), Jesus breathed his last breath and died. 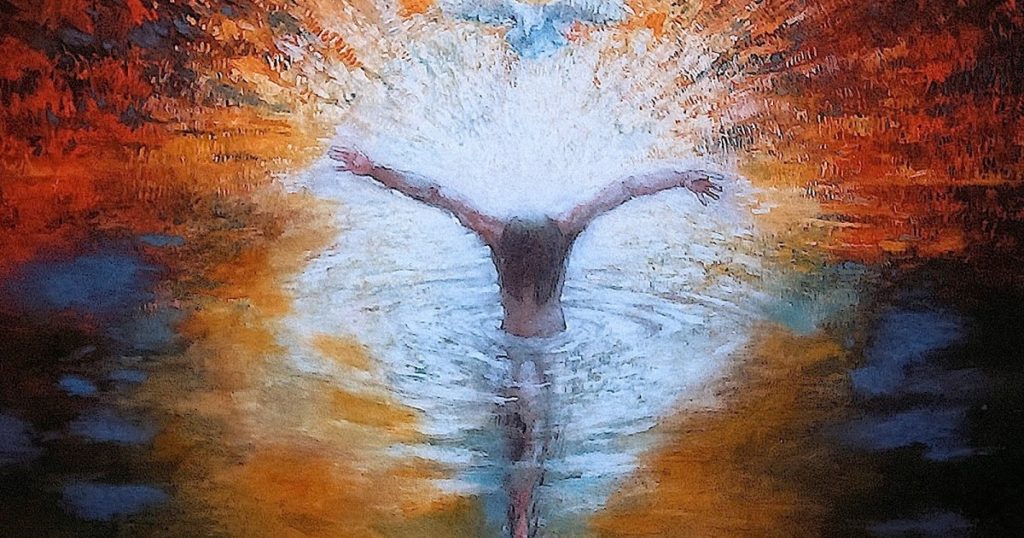 Journeying with Christ – Our interactive exploration of the significant events during Good Friday starts here. Click to explore. 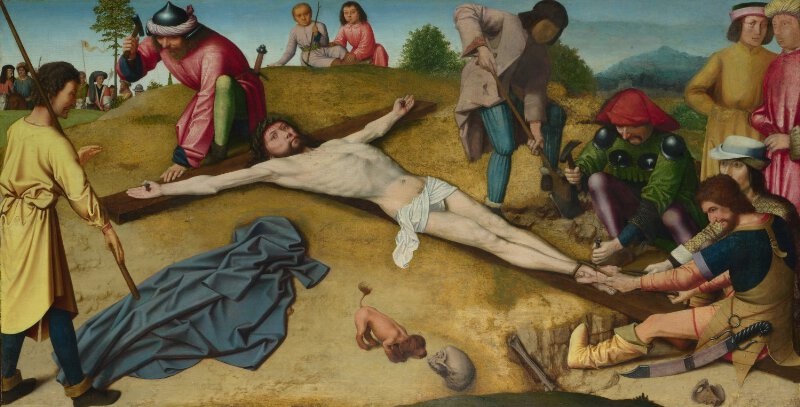 Christ’s Nailing to the Cross

5. ‘The lonely Hillside’ – Understand the dramatic events that unfolded during Christ’s crucifixion. Click to explore. 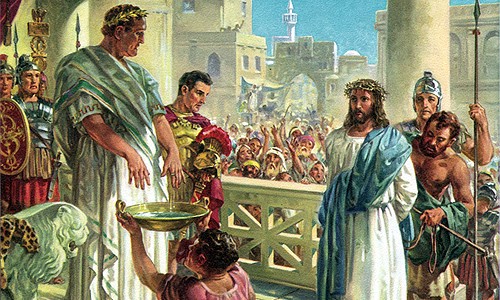 4. ‘The Crowded Courtroom’ – Under the imposed authority of Pontious Pilate, the fifth governor of the Roman province of Judaea, the order was given to execute Christ. Click to explore. 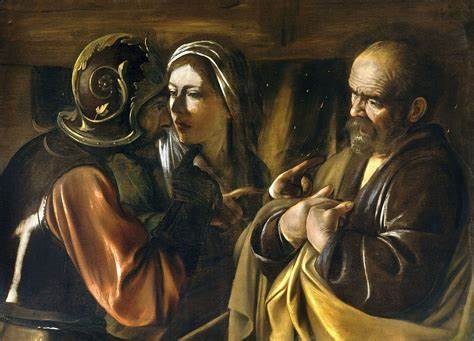 3. ‘The Cold Courtyard’- Understand the three acts of denial of Jesus by the Apostle Peter as described in all four Gospels of the New Testament. Click to explore. 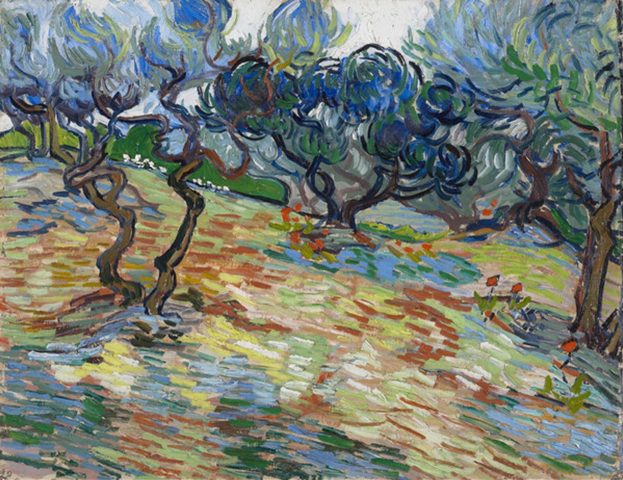 2. ‘The Midnight Garden’ – Gethsemeny is a garden at the foot of the Mount of Olives . Here, Jesus underwent the agony in the garden and was arrested the night before his crucifixion. Click to explore. 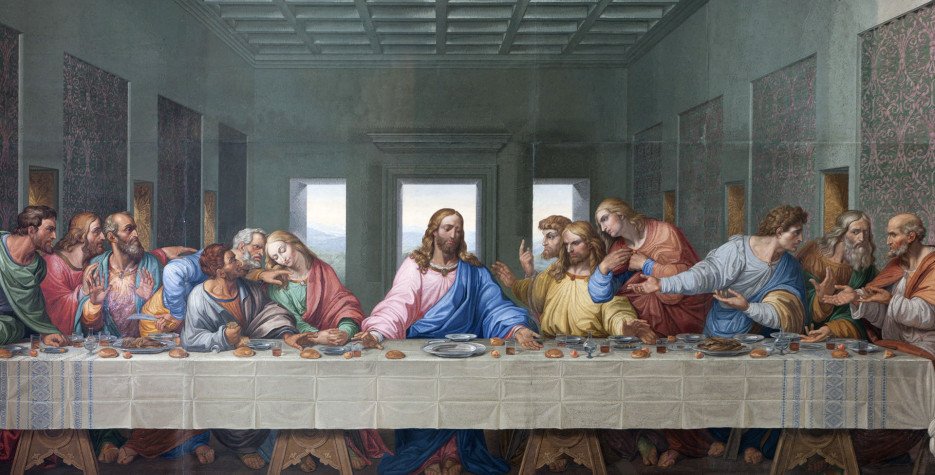 1. ‘The Upper Room’ – Is where the final meal that Jesus shared with his apostles in Jerusalem before his crucifixion took place. Click to explore. 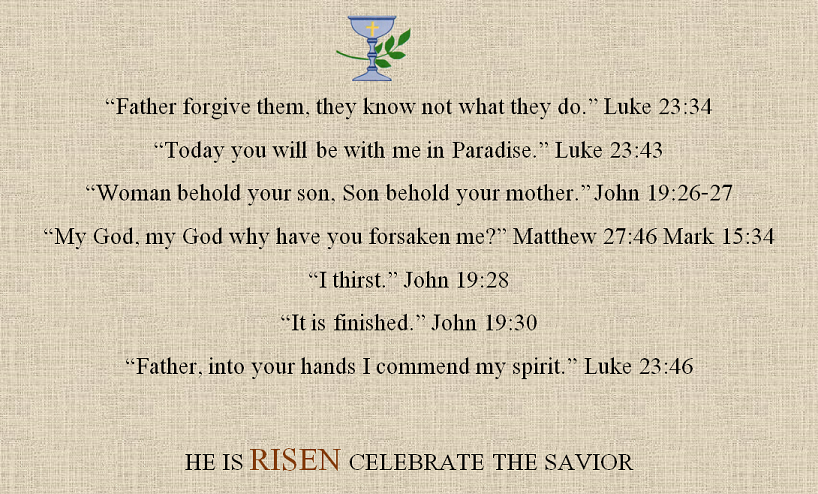 The Easter Vigil will take place after sundown and is the culmination of of a 40 day long observance of lent. The vigil will take the form of a lit candle placed inside the church. You are welcome to visit All Saints online to mark the vigil.

The Service of Light will take place in the church grounds (warm clothes recommended).

Almighty God, who through your only-begotten Son Jesus Christ overcame death and opened to us the gate of everlasting life: Grant that we, who celebrate with joy the day of the Lord’s resurrection, may be raised from the death of sin by your life-giving Spirit; through Jesus Christ our Lord; who lives and reigns with you and the Holy Spirit, one God, now and forever. Amen.

Easter day marks the end of lent and the beginning of Eastertide.

O God, who for our redemption gave your only begotten Son to die upon the cross, and by his glorious resurrection delivered us from the power of death and the devil: Grant us the grace to die daily to sin, that we may live with him in the joy of his resurrection, through the same, Jesus Christ our Lord; who lives and reigns with you and the Holy Spirit now and forever. Amen.